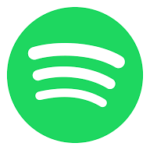 Podcast Fellow, Sound Up, Behind the Mic (Programme) at Spotify (US)

To apply for this job please visit www.spotifyjobs.com.

Sound Up’s legacy podcast training program aims to raise up the next generation of podcasters from underserved communities through education, workshops and support. Since our 2018 launch, we’ve created a space for new voices, stories and perspectives in podcasting. Podcasts launched through our program include the Webby award nominated show, “Dope Labs.”

At Spotify, we know not everybody wants to be a podcast host and that there are exciting careers on the other side of the mic. Producers, sound engineers and script editors play an integral role in shaping the content and sound of a show – and bring new perspectives to show audiences. We also believe amplifying new voices is central to making this medium truly reflective of its listenership.
Which is why Sound Up has launched its year-long, paid ‘Behind the Mic’ fellowship, an initiative which can provide a path to full-time employment with Spotify upon its successful completion.

Behind the Mic is committed to giving Black creatives a space to sharpen their skills in order to shape show narratives – and influence how they’re told. Through the ‘Sound Up: Behind the Mic’ rotational fellowship, you’ll work with production teams from our Studio 4 and Gimlet studios.

We’re looking for people with a strong work ethic and are highly organized and self-directed. In the role, you’ll be expected to handle logistical and organizational tasks, while contributing to the larger editorial voice of the show. We’re a small team, so there’s a lot of opportunity for growth, and your contributions will make a tangible impact on the stories we tell. Successful candidates will be excited to learn new things, tenacious and enthusiastic about joining a close-knit team doing ambitious work.

Spotify is a Swedish audio streaming and media services provider, founded in 2006 by Daniel Ek. Spotify is incorporated in Luxembourg as Spotify Technology S.A, and is headquartered in Stockholm, Sweden, with offices in 17 different countries around the world. It is one of the world’s largest music streaming service providers, with over 356 million monthly active users, including 158 million paying subscribers, as of March 2021.

The largest community on the web to find and list jobs that aren't restricted by commutes or a specific location.