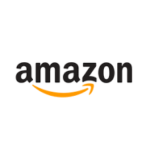 To apply for this job please visit www.amazon.jobs.

Are you interested in shaping the future of movies and television? Do you want to define the next generation of how and what Amazon customers are watching? Prime Video is one of the leading digital video services on the Internet today, and we’re just getting started changing the way millions of people around the world enjoy content. Now available in more than 240 countries and territories, Prime Video offers customers the broadest selection of any on-demand video service, including our critically-acclaimed Amazon Originals Series such as the multi-award-winning The Marvelous Mrs. Maisel, Tom Clancy’s Jack Ryan, The Boys; Italy-produced hit Amazon Original shows, documentaries and films, such as Anni da cane, Dinner Club, Vita da Carlo, FERRO, Celebrity Hunted – Caccia all’uomo S1 and S2 and LOL: Chi ride è fuori S1, All or Nothing: Juventus. Other Italian Amazon Original series announced include The Ferragnez – The Series, Bang Bang Baby, The Bad Guy, Everybody Loves Diamonds and Prisma; exclusive TV shows like Star Trek: Picard and American Gods; and movies like Borat Subsequent Moviefilm and One Night in Miami. Prime Video also offers Prime members in Italy the exclusive live coverage of the top 16 Wednesday matches of UEFA Champions League and the UEFA Supercup match for three seasons starting 2021/22.

We are seeking a Music Executive to join the dynamic music team supporting the studios original film and TV productions in Italy. Amazon Studios are building an effective way to develop commercially viable feature films and episodic series globally.

The Music Executive Italy can be located in Milan or Rome and will be an integral part of the music team. Highly organized and with experience in TV and Movie music production and music supervision, you will use your robust knowledge of music and your network of relationships in the entertainment and music industry in Italy and Europe, to support successful projects.

This is an excellent opportunity for someone looking to broaden their entertainment experience at a growing studio. Our team culture is goal orientated and fast paced. We are motivated by the challenge and success to produce premium content in the ever-changing digital entertainment business.

Amazon is guided by four principles: customer obsession rather than competitor focus, passion for invention, commitment to operational excellence, and long-term thinking. We are driven by the excitement of building technologies, inventing products, and providing services that change lives. We embrace new ways of doing things, make decisions quickly, and are not afraid to fail. We have the scope and capabilities of a large company, and the spirit and heart of a small one. Together, Amazonians research and develop new technologies from Amazon Web Services to Alexa on behalf of our customers: shoppers, sellers, content creators, and developers around the world. Our mission is to be Earth's most customer-centric company. Our actions, goals, projects, programs, and inventions begin and end with the customer top of mind. You'll also hear us say that at Amazon, it's always "Day 1."​ What do we mean? That our approach remains the same as it was on Amazon's very first day - to make smart, fast decisions, stay nimble, invent, and focus on delighting our customers.

The largest community on the web to find and list jobs that aren't restricted by commutes or a specific location.